Welcome to Book Explorers! It’s like a book club for kids that you can do anytime, anywhere. This month, we're celebrating Hispanic Heritage Month.

Hispanic Heritage Month celebrates the histories, cultures and contributions of people whose families come from Spain, Mexico, the Caribbean and Central and South America.

In September, Book Explorers is partnering with Museo de las Americas on some really fun programs.

Our book clubs will have fun activities and an open-ended book chat. Bring a book to share!

Check out these books from any Denver Public Library location. Register for a library card online to begin checking out eBooks right away. 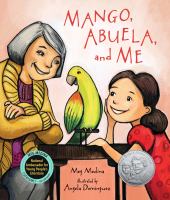 Mango, Abuela and Me by Meg Medina - Mia is not sure how to feel about her grandma coming to live with her family. Mia speaks English, while her abuela speaks Spanish. A heartwarming picture book about a child and grandma connecting across languages.

Camila the Video Star by Alicia Salazar - How can Camila describe her hometown of L.A. in a video project? Readers will love the upbeat story and bright, cartoony illustrations in this beginning reader. 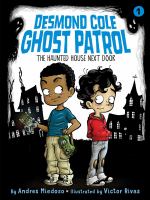 The Haunted House Next Door (Desmond Cole Ghost Patrol #1) by Andres Miedoso - Andres and his family move into a new house, only to discover it’s haunted. Luckily, their new next-door neighbor is Desmond Cole, an expert at handling ghosts. The first book in a series that’s perfect for kids just starting to read chapter books. 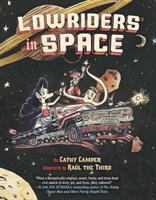 Lowriders in Space by Cathy Camper and Raúl the Third - Three friends, Lupe Impala, El Chavo Flapjack, and Elirio Malaria, go on an out-of-this-world adventure to find the parts to fix up their car for the Universal Car Competition. This graphic novel has detailed, inventive illustrations, all done with ballpoint pens.

The Rise of the Halfling King (Tales of the Feathered Serpent #1) by David Bowles - This fantasy adventure graphic novel about a brave halfling on a quest to stop a giant snake was inspired by Mesoamerican mythology.

The First Rule of Punk by Celia C. Pérez - In this funny, relatable chapter book, Malú moves to a new school and tries to find a way to embrace her beloved punk and her Mexican-American heritage at the same time. 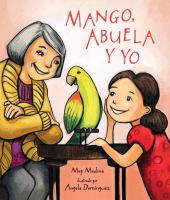 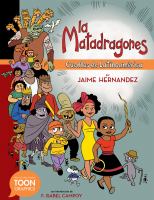 Cosas que nunca cambian by Richard Zela - It’s the Day of the Dead in Mexico City, and Norita is excited to celebrate. Only, this time, the city seems to be in the midst of a zombie apocalypse. This graphic novel is a witty and wild adventure.

Before You Read: Talk About Identity

Hispanic Americans are people who live in the United States who speak Spanish or are descendants of Spanish-speaking peoples. Some people also identify as Latinx, Latino or Latina if they are from a country in Latin America or descended from people from a country in Latin America. And some people call themselves Chicano or Chicana. Those words mean someone is from Mexico or descended from someone who is from Mexico. Some people describe themselves as Afro-Latinx. That means they descend from people from Africa and Latin America.

Learn more about the creation of Hispanic identity with this article from Learning for Justice.

There are lots of words to describe who you are. What words do you use to describe yourself?

Learn about vibrant Chicana artist and author Carmen Lomas Garza through her book Family Pictures: Cuadros de familia. Garza is known for telling her family stories through illustrations of family traditions and community.

Join Book Explorers every month for more book discussions and activities for kindergarten through fifth grade!